Is This a Bio? 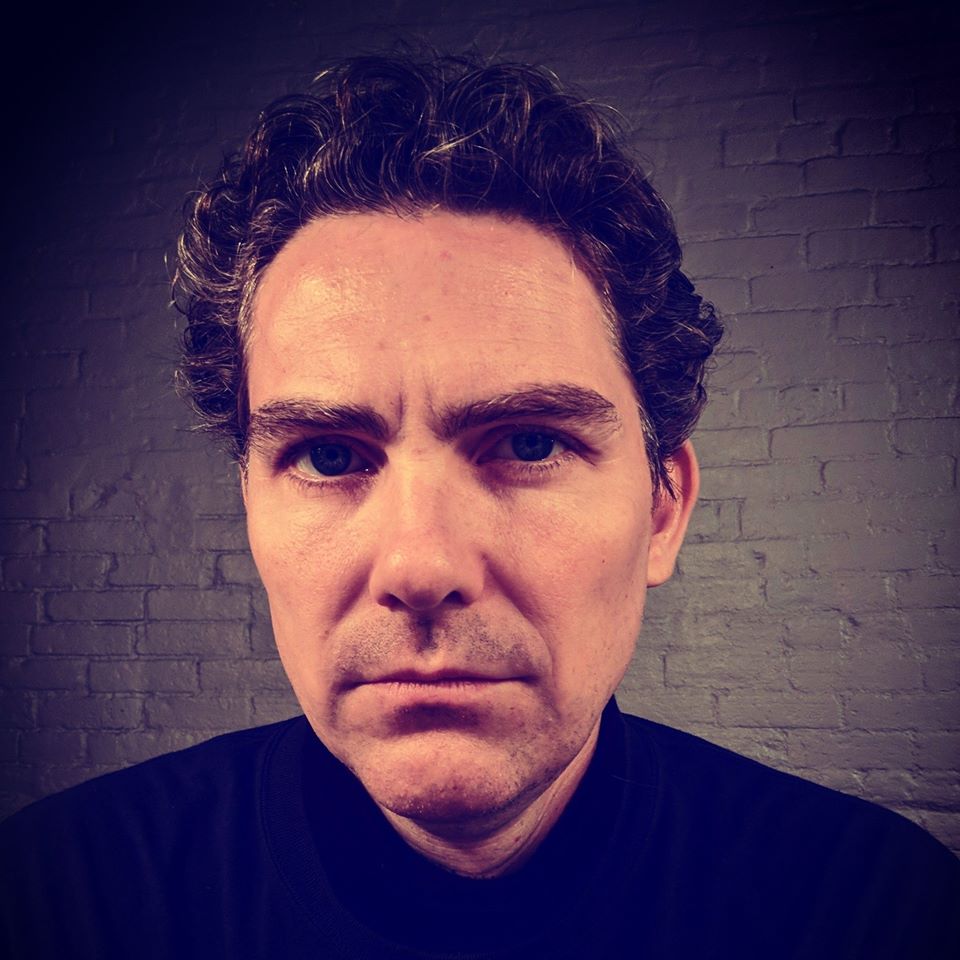 I decided to stop hiding from who I am.

This is long and I don’t expect anyone to read it.

As a child, I had so many ideas about what I wanted to be when I grew up.

Every time I had an idea about what I wanted to do, I studied it and experimented with it. My family was poor, so some experiments had to be either simulations (such as with my brief fascination with investing) or collaborations (numerous “skits”, songs, and art projects). For awhile I kept coming back to “Aerospace Engineer” and “Astrophysicist”. My uncle Louis kept a stack of Popular Science magazines at my grandmother’s house and, by age 8, I had read them all and was brainstorming on my own inventions (at least conceptualizing them).

At age 8, I had a severe fever. I had to lie in an cold bath with a grocery bag filled with ice on my head to keep from dying. A steady 103 F with moments where it went above that and the ice brought it back down.

During that fever, I had a tremendous Spiritual awakening. A female entity visited me and told me that I had “a grand destiny”. We performed a sort of magic ritual together in that “other place” where visions “happen”. I experienced what I would later learn to recognize as “Pure Being” or “Universal Consciousness”. It was one step beyond “Ego Death” and it was beautiful.

After that night, I became interested in Spirituality, the Occult, Shamanism, and the Creative Process (because I noticed that this is where “Pure Being” could always be experienced, with enough concentration).

And, after that night, I began to have bizarre encounters; just enough to remind me of my calling. One night, sleeping in the woods (still 8 years old), a 6′ rattlesnake fell asleep on my chest. I knew that she was enjoying my warmth and I let her be, relaxing myself until she was ready to move on. I felt so calm, that I returned to sleep.

Across my childhood, I read the major religious texts. I explored Native American myth and magic. I stumbled onto mystical books (Eastern and Western) that would challenge my understanding of reality. And I experimented with “magick” to see what would happen or, more accurately, what did happen. I also continued deepening my commitment to creation; writing plays, putting on puppet shows, making music, performing “skits” with friends, making weird visual art, etc.

I hated school and performed poorly, despite being in “gifted” programs. But I was obsessed with learning. Computers, film, gardening, cooking – everything fascinated me.

I didn’t know it, but the pain of abuse I experienced from the grownups in my life and the hell of being a poor kid overall, was the exact challenge and pressure I needed to become who I am and to blossom. These were the barriers — the cost of entry – to doing anything meaningful or lasting with my gifts.

For most of my childhood, I suffered with a chronic depression with near-constant suicidal thoughts and fantasies. My anger had no outlet, so I stewed in it. Being the awkward “smart kid” filled me with social anxiety and growing up poor convinced me that authority existed to be feared and defied whenever possible, because “we were kept down” by “the man”. For awhile, I really believed this; and while that particular crutch of the disadvantaged was disproved for me with evidence, I did walk away with a healthy skepticism of “power” and social control.

Instead of giving up, I reminded myself of the visions, dreams and “grand destiny” that the female entity talked about. Also, the suicidal thoughts were so common, that the whole idea of killing myself started to take on a comical hue. 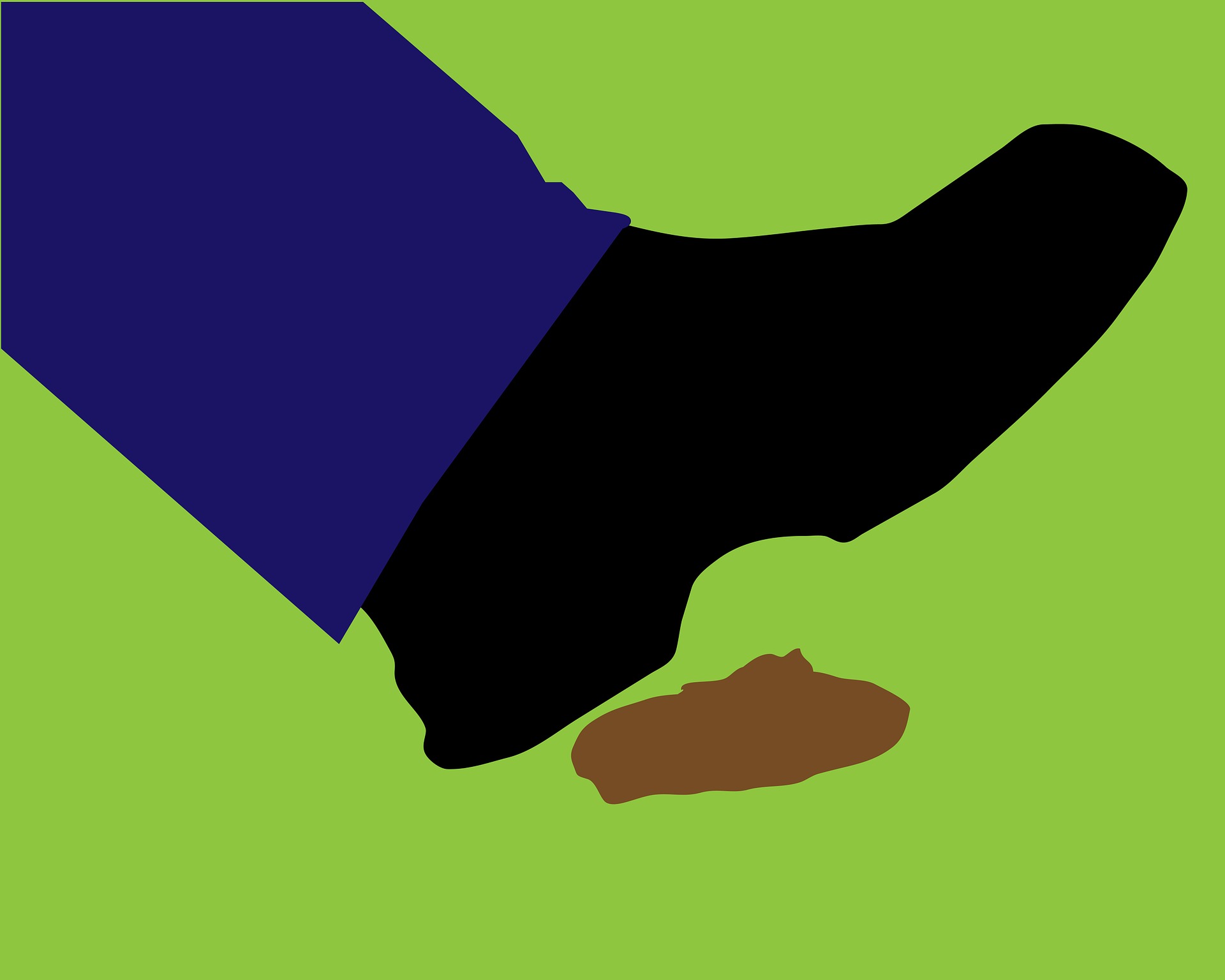 As a teenager, I wound up in juvenile detention for a string of stupid (and thankfully, minor) crimes. I felt lost, alone, and isolated. In juvie, I was exposed to meditation (as a formal practice) and hypnosis (and was taught self-hypnosis). These were game-changing skills. It didn’t “cure” me, but it did provide relief (where meds and counseling failed utterly) and I began experimenting with these techniques in the context of the Mystic Arts I had been studying for most of my life. And I began experimenting with using them in the Creative Process.

I kept up with my seeking. But my anxieties and depression – and the experience of some small relief – were enough for me to think of my “mission” as curing these ills.

My ego designed a personality for me that was outrageous and attention-seeking while simultaneously overbearing, arrogant, cynical, and mean-spirited. I was so afraid of other people that I had to distance myself from them with a false sense of superiority. I blamed the world for my troubles and most of my 20s were spent with me toiling as a musician, an artist, a writer, and whatever other fantasies floated through my life. I was too insecure to practice and work hard at my craft, but I did have a knack for entertaining audiences, being “original”, and recognizing hooks and how to write them.

I almost “made it” a few times in my 20s: I had a few bands that were better than most successful bands (despite my being impossible to work with) and I worked hard to try to “succeed”, crediting myself as the “genius” who was “behind everything”. I’m sure my band mates LOVED this about me. It’s embarrassing, but the truth is the truth. That’s who I used to be.

Even my writing put me in position to succeed by the sheer force of my creativity and the absurdity of the character I played in public. But I always “blew it”, just in the nick of time; and I didn’t have the refined skills to succeed in spite of my obnoxious personality.

I wanted to escape myself SO BADLY.

I had so much LOVE to share but was too afraid to come out from behind the armor I hid behind and let the magic out.

How old was I when I started experimenting with plant medicines? 24? 26? 26 sounds right.

It took exactly one salvia divinorum experience (as part of a ritual to cure my depression) to melt away the oozing darkness that had plagued my emotions my whole life. The suicidal thoughts went away and joy became an occasional part of my experience. It also reunited me with the female entity from my feverish vision and she’s been a regular part of my life ever since.

I was still a miserable, conceited asshole who sabotaged himself at every turn, but I started to learn how to put the pieces together to align with “my destiny”. After the ritual, I changed everything about my life – the people, the places, the way I spent my time.

Darkness still flooded me sometimes and even overwhelmed me during difficult days, weeks, and months. But it no longer had that deathly sting and I learned how to smooth out the edges.

I had a rough idea of how to proceed, but I spent my 30s making wrong turns, false starts, financial flame-outs, and plowed through humiliating asshole-melting experiences. I don’t mean Taco Bell. I mean ego dissolution.

I experienced homelessness, a severe sleep apnea that damaged my brain (which I healed myself), waves of failure, and near-constant confusion. I wrote a book that wasn’t good enough, stage plays I didn’t believe in, movies I couldn’t make or sell, wrote and performed mediocre comedy, acted (badly), painted more seriously (which started badly), and immersed myself in all kinds of other “projects” that failed.

My 30s sucked in a way that taught me a lot about myself.

It wasn’t until I hit 40 that my life suddenly hit hyper-warp.

I returned to the psychedelic realm, but this time I did so with the intent of putting the pieces together and unshackling myself completely.

Through sacred ritual, I dissolved my lingering traumas, dissolved the “personality” I designed for myself, cured myself of remaining anxieties (including that pesky social anxiety that still clung to me), unlocked the mystery of presence and Pure Being, mastered the creative process, performed “magick” that worked in in a very real and potent way, mastered the ego’s on/off switch (and discovered what the ego could be used for instead), and a ton of other stuff.

During this time, my paintings went from “bad” to “good” (I like them, anyway). My writing improved. My acting went from “terrible” to “decent”. I performed standup comedy. I returned to puppetry. My singing went from “horribly off-key” to “decent”. Because of my Spiritual growth, my creative process became a fully integrated channel in my life, inseparable from simple waking consciousness.

Just after my 43rd birthday, I took a break from psychedelic exploration because I was growing and evolving so fast that I couldn’t integrate my growth with my conception of who I was. I had no idea who I was or who I was becoming. I changed so radically from week-to-week that I was experiencing false starts and abandoning projects because, quite simply, every week I was completely different than I was the week before – dramatically. Long stretches of confusion and malfunctioning survival instincts were symptoms of a months-long Dark Night of the Soul that seemed to start in small bursts the year before.

Some days almost felt like the depression was back. Sometimes, I’d have overwhelming darkness and suicidal thoughts again. I made calls for help through social media to friends and even heroes of mine, but nobody had the answer – I had to find it myself, in my own way.

My meditation deepened. I learned to love myself and to love life. I began noticing the Path I was on and creating with each step. I learned connection and gratitude. I learned to Be Here Now. My visions and dreams intensified and began informing my decisions directly. My “magick” became intensely practical.

I settled into this completely new person – my authentic “Pure Self”, the me I hid from – and I had to learn to live as this guy. My decision-making could be seen from the outside as “erratic”, but I act fully on my intuition now. If I have a dream or a vision about going somewhere or doing something, I follow through and do it. And, more often then not, it either “works” or leads me to something better.

No one has all the answers. I certainly don’t. But we can start by asking better questions.

No more hiding. It’s time to share my Love through my creations, the techniques I’ve developed, and through sharing my journey itself.

Note: There’s so much more that I haven’t shared here: being a native lucid dreamer leading me toward “dream magick”, family struggles, relationship stuff, etc. But it’s a start.

Note #2: and I haven’t even mentioned Zoon yet. 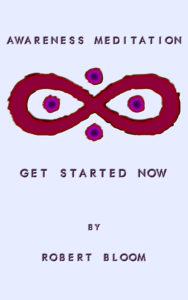 C. Robert Bloom, all rights reserved
Is This a Bio? | therobertbloom.com
wpDiscuz